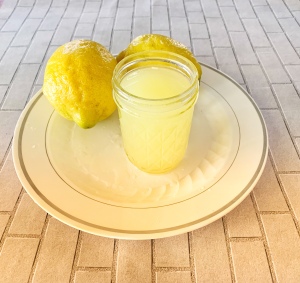 We are in the middle of what I hope is the last heat wave of 2019.  As I write this it is 109 degrees out. We have had yet another record-breaking summer.  In August, we had twenty-four days with temperatures exceeding 105 degrees, that’s more than in any previously recorded year.

We are several days into an excessive heat advisory.  Kids have to stay inside for recess, everyone is advised to stay indoors when possible and the city has re-opened many of the cooling stations that provide temporary shelter and water to the city’s homeless population. Those shelters are only open during daylight hours and even with the sun down, the temperature rarely drops below the high-eighties.

The most popular items in the food line during the summer months are watermelon, popsicles and anything to drink.  Hot foods are less popular during this stifling heat for obvious reasons.

If you read my article in summer 2018, It’s A Dry Heat. you know that summer in Las Vegas is more than just unpleasant, it is downright deadly.  Heat sickness is the biggest enemy of the homeless in the summer. In 2017, sixty-two people that were identified as homeless died in Clark County because of heat exposure. Many of those deaths could have been prevented if people living on the street were properly hydrated.

In an effort to ease the suffering of those without air-conditioned homes to go to, I put out a call on Facebook requesting drink coolers and drink mix. I was not disappointed.

Two of my friends donated drink-coolers and several more donated drink mix. I cannot put into words how much it helps to get these donations. Whether it’s a fancy rolling cooler or a single packet of Kook-Aid, it is one less thing that I have to find the money to pay for.  I greatly appreciated any donations.

We got a lot of use out of our coolers so far.  I can make about ten gallons of flavored drink, minus room for the ice.  Not once since June, have I come home with anything leftover.

In a perfect world, the thirsty would only drink water.  Having acknowledged that, I want to point out that few people drink their recommended servings of water each day, myself included.

Speaking for those of us that live in the desert, chugging water is the only way to survive the summer heat. It can be tedious though. Around the third glass of the day, I start wanting something different.  Depending on what drinks are served, the electrolytes can be helpful to those who have been sweating all day, too.

While those without steady homes don’t have the luxury of being selective, that doesn’t mean we can’t offer them more than the bare minimum. After all we want to nourish their bodies and their souls.  Which is why I decided to make fresh-squeezed lemonade for the people on G Street. Well, that and a great sale on lemons at La Bonita.

Find the recipe here.  Lemonade by the Gallon

I am married to a handsome, wonderful man that embraces my particular shade of crazy. We have three beautiful, maniacal children and they are going to get me canonized one day. We own a house in Las Vegas' Ward five so that we can vote on issues that affect the people I serve. It is full of feral children, pets, half-completed household projects, broken crayons, goldfish crackers, toys, paperback novels, visiting family members, and love. I love every sticky, noisy, messy inch of this place and all the mischievous creatures that live here. I am a fiercely proud Nevadan. There is a very real problem with food insecurity in Las Vegas and my mission is to nourish as many of those in-need as I can. This is my city and these are my people.l View all posts by Katie Krikorian